My short story The Ghosts of Morse appears in this fantastic anthology from Charon Coin Press!

WHAT IS YOUR STATE OF HORROR?

Come take a unique tour of the state of Illinois. Visit a little known pizza place where the deep-dish pizza is to die for. Spend the night in a haunted house or explore an abandoned resort town. What happens when you disturb the sanctity of an ancient deity? Swim with us in a lake where fish are not the only creatures under the water’s surface. Ghosts, mobsters, and zombies all provide thrills as we explore the Land of Lincoln.

The number 13 is often viewed as an unlucky, even evil number. However , here it is only fitting we traverse the horrors of Illinois through 13 tales to make the heart beat just a little faster. Join us if you dare.

Don’t forget that clicking on the cover will take you straight to Amazon!

My short story Under the Boardwalk appears in this re-released and expanded anthology from Charon Coin Press!

WHAT IS YOUR STATE OF HORROR?

The birth of a devil in the 18th century resonates in today’s world. A storm hits a small mountain town and the resident must evacuate, where will they go? Visit a zoo unlike any you have experienced. The sins of the past haunt the present in a once thriving industrial town. Discover what lies beneath the boardwalk. Take a walk down memory lane as a woman is haunted by that thing she most loved. Escaping from a zombie hoard may not be the worst danger you face. What does it really mean to “Keep it Jersey”?

Join us as we explore the modern interpretation of folklore, culture, and the uniqueness that is New Jersey through 13 tales of horror.

Don’t forget that clicking on the cover will take you straight to Amazon!

Love is an obsession; possession it’s one true desire. If you found your lover to be unfaithful, what would you do? Would you seek revenge? Perhaps confront them reasonably to discuss the truth behind such infidelity? Or would you take matters into your own hands… or in Nina’s case, your own mind?

Where the heart beats the strongest, the psyche sometimes slips into abysmal madness prompting one to perform heinous, unthinkable acts. What drives Nina that one step too far? Perhaps the answer lies in the shadows that lurk between genuine adoration and insane jealousy – the grey areas.

Not all cheeks can be turned the other way, and not all truths are what they seem.

Click on the cover to be taken to Amazon! All Phrenic Press titles are exclusively available on Amazon for borrow and purchase!

The lovely and talented Nina D’Arcangela saw the release of her short story Bent Metal via Phrenic Press this week!

Where does reality end and dreamscape begin?

Woken each night by the sounds of screams and twisting metal, Lauren must relive the panic and fear of discovering her brother’s broken body on the asphalt. But each morning, she finds it’s only a dream… One she doesn’t want to keep having.

At what point does a dream become a nightmare, and what if the nightmare was more than a figment of her subconscious?

Click on the cover to be taken to Amazon! All Phrenic Press titles are exclusively available on Amazon for borrow and purchase!

The moon hangs full and bright in the night sky above. Below, the people scurry in their own worlds ignoring the shadows around them. Something lurks in those shadows, a wickedness hiding in each person’s heart. What are their stories? How deep does the wickedness go in those walking around in the day and the night? Collected here are 18 wicked tales that examine how wicked people truly are and how when confronted by our darkest fears, we find our greatest hope.

This volume brings Brent Abell’s dark fiction together for the first time into one tome. What will you find when you look into your heart? Beware and lock your doors, the wicked ones are coming for you…

Available on Kindle Unlimited at:

and in print on 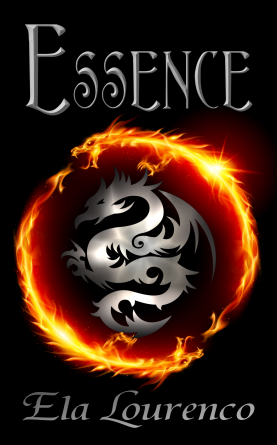 Katra is a Fae Hunter in a world once ravaged by a terrible war. Having lost all memory of her childhood and rightful identity, her duty is now to protect the tentative peace brokered by the varying races of the supernatural world.  When an evil darkness begins to spread, draining young witches of their power, Katra must find a way back to her true past in order to save the future.

Enduring many trials as ever-increasing powers awaken within her, Katra must also struggle with the mixed emotions her new partner, Blade – a Black Dragon – is rousing within her. Together they must battle the shadows that plan to devour the world they know and prevent its decent into another thousand-year war.

Can Katra hold onto her strength as the truth of her very being begins to unravel? Can she bear the weight that ancient prophecy has placed on her young shoulders? Or is her destiny to regain her true self, only to lose the world she is sworn to protect?

ABOUT THE AUTHOR – Ela Lourenco lives in sunny Scotland with her two daughters and husband. She has a passion for reading and all things supernatural, particularly where there is a whodunit involved! Ela can often be found in the kitchen baking yet another cake as she ponders her next story.

Carnage: After the End – Volume 1

(Clicking on the cover will take you to Amazon) 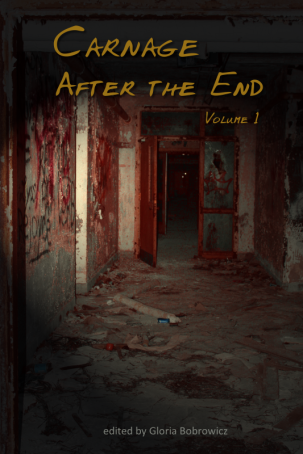 The Apocalypse has come, leaving in its wake small pockets of survivors battling to stay alive; each carving out a new beginning for mankind.

The ten stories in Carnage: After the End – Volume One are the terrifyingly harsh and brutal realities those survivors must face. Each one takes us to a place where humanity’s stragglers are forced to battle with enemies outside of their control; mutant beasts, groups of depraved and desperate people, and the terrifying threat of a dwindling food supply. Their fight for survival gets even more difficult as they search among the tatters of civilization for the will to carry on.

In a world where society has collapsed and terror lurks around every corner, no one can be trusted and nothing can be taken for granted.

In Memoriam by Brent Abell

Andi Winters never had an easy life; each moment of her existence has been an exercise in heartache and pain.

When a night of passion results in pregnancy, Andi must make the hardest decision she’s ever had to make. What she doesn’t realize is the consequences of her decision could prove dire for the town of White Creek.

Strange visions plague her, making it hard for her to concentrate and heal. What she doesn’t know, what she couldn’t have known is that something evil had escaped the town’s cursed ground and it’s hungry…

Clicking on the cover will take you to Amazon!

“Brent Abell shows a deft hand at crafting verbiage that locks the reader in while increasing their heart rate and is quite comfortable creeping people out with a smaller word count, as In Memoriam so effortlessly portrays.”

-Jason Darrick, co-author of The Carnival 13

You’re never too old to have one more adventure.

Brought to life by Steve Ferchaud’s vibrant drawings, this story for all ages by Dan O’Brien lets us know that it is never too late to have one more adventure.

Clicking on the cover will take you to Amazon!

‘Finding Esta’ is the tumultuous tale of one extraordinary woman’s journey of self-discovery within a supernatural underworld.
Luna has never been very popular, in fact, even her parents loath her. She can hardly blame them; her psychic issues do make her at little odd, and her only friends are dead yet live in her troubled mind.

Although the normal world is all she knows, it’s a place where she’s never belonged, nor been understood; for her it’s not a matter of living and succeeding, but surviving the grind of each day.

Her main passion is following hot on the heels of injustice, and her work as a journalist leads her to investigate the disappearance of baby Esta, snatched from her home over twenty years earlier.

Soon, Luna stumbles upon a series of revelations that blow apart everything she has ever believed: including a clandestine realm of vampires and weres, magic and alien supernatural creatures that all make her oddities appear perfectly banal in comparison.
Her hunger for the truth drives her forward, but it’s the supernatural blood in her veins, the psychic gifts she’s always hated, and an ache to belong that force her to make discoveries about herself she never could have fathomed.

Ignorance may be bliss, but the truth will set Luna free, if she can face it.

Click on the cover to be taken to Amazon!