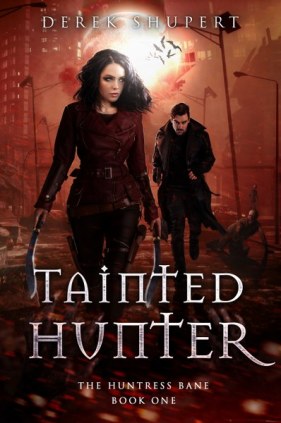 Vampire venom runs through her veins. But in her heart, she’s vowed to kill every last one of them.

Lone hunter Amanda burns for revenge. After years of torture at the hands of the bloodsucker king, she’s determined to destroy the creatures who enslaved her. But a pitched battle with her tormentor ends in a stalemate and leaves her alone in the wastelands—grievously wounded.

Rescued and healed by a mysterious stranger, Amanda and her new ally set off for the last fortified human city. But when she learns her old nemesis plots to raze it to the ground, she fears she won’t arrive in time to prevent the massacre.

Can Amanda find her way to the town before a rabid feeding frenzy decimates the inhabitants? 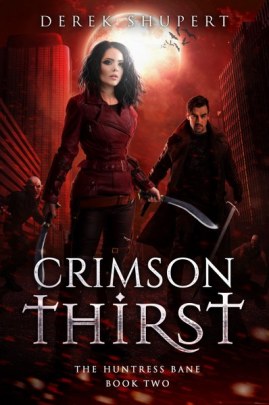 Her hands are happily stained with monsters’ blood. But slaying the horde’s leader may require joining the creatures she loathes…

Though her vampire heritage fosters mistrust, half-breed hunter Amanda fights for the humans in this fateful war. So when bloodsucking fiends breach the walls of mankind’s last fortress, she ignores the city fathers’ demands and creates a trail of undead carnage. But even she is stunned when a rogue vamp battles by her side to repel the invasion.

Convinced this mysterious traitor could be the ally they need to turn the tide, Amanda embarks on a dangerous quest through the wastelands to learn who he is. But with her quarry holed up in a vampire stronghold, there’s every chance she’s walking straight into a trap.

Can Amanda survive treachery and manipulation to tip the scales of this conflict, or will she be lured to her death? 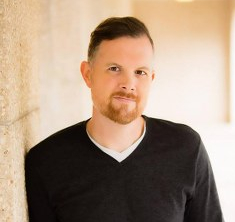 About the Author: Derek Shupert is an emerging Science Fiction Author known for his captivating dystopian storylines and post-apocalyptic-laden plots. With various books and anthologies underway, he is also the author of the Afflicted series and Sentry Squad.

Outside of the fantastical world of sci-fi, Derek serves as the Vice President at Woodforest National Bank. During his free time, he enjoys reading, exercising, and watching apocalyptic movies and TV shows like Mad Max and The Walking Dead. Above all, he is a family man who cherishes nothing more than quality time spent with his loved ones.

Pelvis nestled next to my chin

The hollow core of your being ready to resonate

The bow made of tendon and bone slides over the strings

My fingers press the taut strands of your golden hair

A sadly sweet sound reminiscent of your laugh

I press harder with my fingers

The rigid tendon lapped to your ulna scrapes across silken strands

Eliciting a scream from your violin

A tightness wells, my heart burns with a mix of love, hate

I give myself over to your music, the sweet pain of your former existence overwhelming

As instruments of former loves join the chorus

Melodies of love and death mingle, pain and pleasure assault the senses 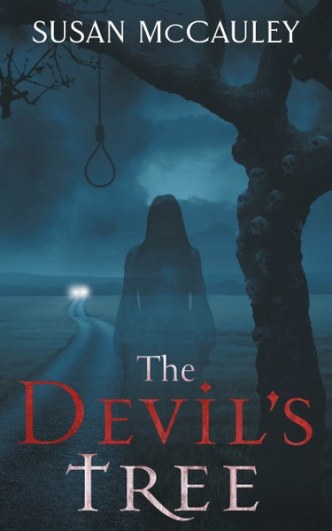 Kaitlyn didn’t believe in ghosts—not until one killed her boyfriend and her best friend. Now she must stop the spirit haunting the Devil’s Tree, or she could be next.

Seventeen-year-old Kaitlyn wants to escape her drunk mama and her trailer park home life to enjoy a Saturday night off work. Instead, her boyfriend, Hunter, convinces her to go with him and their best friends, Dylan and Keisha, to photograph a desolate tree with an evil past. A terrifying presence chases them from the tree, killing Hunter and Keisha. Left alive with Dylan, Kaitlyn must struggle with her unexpected romantic feelings for him, come to terms with her loss, and face being trapped in a dead-end town. Kaitlyn is desperate to put the past to rest, but when their friends’ spirits begin haunting them, she and Dylan have no choice but to seek help from a Catholic priest and attempt to set the trapped spirits free.

About the Author: Susan McCauley was born and raised on the gulf coast of Texas, not far from Houston. She spent several years in Los Angeles, California acting, writing, and teaching college English. In 2002, she moved to London to further explore professional theater. While in London, her stage adaptation of Nikolai Gogol’s “The Nose” was performed at the Royal Academy of Dramatic Art’s George Bernard Shaw Theatre; and, scenes from her play The Prisoner: Princess Elizabeth were performed at HMS Tower of London. She returned to the U.S. in 2005. In 2007, she was the line producer of the Emmy Award nominated Civil War short film Now & Forever Yours: Letters to an Old Soldier. She has had short stories published in several anthologies, and her short story, “The Cask,” was made into an award winning short film.

Hardback Copy of The Devil’s Tree

THEIR LAST REFUGE COULD BE THEIR TOMB…

The war the world feared finally came except this was a different kind of war. One fought between the living and the dead. The living lost.

Liam, a former soldier in the war against the dead, had done everything he could to hold back the enemy but in the end he joined the other survivors in the only safe place left— underground.

Now Liam helps keep the last of the living safe in the subway tunnels, scavenging food by day, hiding by night, all the while haunted about how they lost the world above them. He always believed the dead had help but he could never prove it.

He would soon learn he was right all along and that there is no safe place to hide from extinction—underground just might turn out to be everyone’s tomb after all.

About the Author: John Grover is a fiction author specializing in Horror, Fantasy and Sci-Fi residing in Massachusetts. John grew up watching creature double feature with his brother on Saturday afternoons. This fueled his love of monsters, ghosts and the supernatural. He never missed an episode. In his spare time he loves to cook, garden, go to the theater to watch horror movies with his friends, read, talk about food, bake amazing desserts, play with his dog Buffy (yes named after the character in the TV show) and draw-badly. 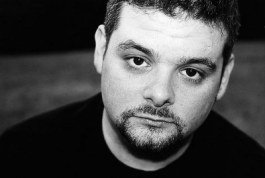 Some of his favorite TV shows and influences are The Twilight Zone, Tales from the Darkside, Space 1999, Battlestar Galactica, X-Files, Night Gallery, Monsters, Star Trek, and much more.

He completed a creative writing course at Boston’s Fisher College and is a member of the New England Horror Writers, a chapter of the Horror Writers Association.

He is the author of several collections, including the recently released Terror in Small Doses for Amazon Kindle as well as various chapbooks, anthologies, and more.

The blood covered its front, freely running down its throat down over the tattered clothing it now wore. It was indiscriminate, partaking of the flesh from anyone who happened across its path. A lonely, hungry existence at times. But then there was the reward of the kill, that moment where all it saw was red—glorious, satiating red.

A flicker of moment caught its eye, decaying tendons stretching, almost tearing as it turned its head, focusing on the movement.

Fresh meat had come around the corner; it was time to hunt again.

Red overwhelmed it, its prey in its sights.

Sally held her breath, knowing it was just around the corner. She could hear it hitting the wall, soft thumps of decaying flesh sure to leave marks on the painted surface.

If it found her, it would be over. She had nowhere to go in the dead-ended hallway she’d boxed herself into.

They inched around the edge, putrescent green fingers testing what had once contained them. It was coming to get her.

Sally screamed, unable to keep her panic contained. As punishment, the rotten face followed its fingers, the cold milky eyes lighting with hunger at the sight of her. 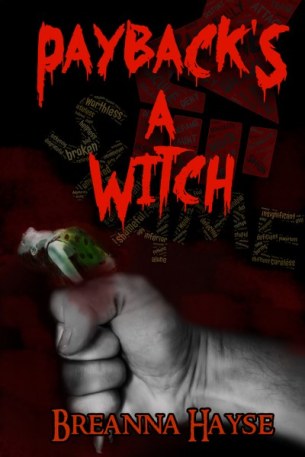 Hell hath no fury as a woman scorned– but when that woman is a witch, hell is nothing but a tropical vacation.

I’ve been summoned to pronounce sentence on the men who have conned, lied, deceived, stolen or abused my worldly sisters. The time of laughing in the face of justice is over for, at least, one such man. His sins have been exposed and when he attempts to place me on his list of victims, he discovers that he made a fatal error.

An eternity of suffering is nothing compared to the fate I have in mind for him as he realizes there’s no escape from the truth. The question remains: how high a price should be paid to heal the pain he caused?

I live with my husband, musician, and fellow-author, John Hayse, and two border collies in southern California. We practice a 24/7 D&S relationship with speckles of AP (and many trips to Build-A-Bear), and happily spend every moment together that we can. My hobbies include my puppies, hiding my vanilla salt-water taffy where John can’t find it, exotic art, collecting inspirational trinkets, and developing my own paddle line. You can also see me as a featured author/instructor in professional conference settings and as a Sexpert for kinkyliterature.com.

It still held the pom-poms in its undead fingers, the yellow and white strips pocked with darkening blood. It belonged to the once beautiful blonds who’d cheered so loudly for her team—before the opposing team’s quarterback took a chuck out of her throat.

There were only screams after that.

As she fell, the heavily-padded zombie fell with her, consuming her flesh until someone pulled him off. Not that it would matter—she was already dead; the virus now working its way through her system.

It got to its feet, new eyes open to the surrounding world. Then it lunged.