Today on the FlipSide, I’ve got an interview with Cas Peace, author of The Challenge. For those of you unacquainted with Cas, let’s take a moment to get to know her a little bit…

Cas Peace was born in Hampshire UK, in 1957, and has lived there most of her life. Her first career was as a horse-riding instructor, and horses remain very close to her heart. She then spent 13 years working for the British Civil Service before leaving the UK to live in Italy for three years, 1991-1994. She speaks passable but by no means perfect Italian, and loves to return to Italy whenever she can.

Cas’s other great loves are anything to do with animals, especially dogs and horses, (she supports many animal charities) and also singing.

Cas loves folk songs and along with her husband, who plays guitar, has performed in many a Southern England folk club. Sometimes they even asked her back! She writes folk songs to accompany her fantasy novels, and offers them as free downloads from her website.

Welcome Cas! Now let’s delve into the questions… Using ten words or less, tell me about your work.

The glory, the pitfalls, and the dangers of power.

What song would you want to play during the opening credits of your book were it made into a movie? Why?

Originally I’d have said “Light from the East” by Ah*Nee*Mah, as this music almost perfectly captures the spirit and nature of my female main character. But I intend to write an overall theme for the series myself, so I’d love to be able to use that!

Who would you want to direct the story of your life? Is there anyone specific you’d like to play you?

I don’t know very much about movie directors but because Peter Jackson did such a fabulous job on Lord of the Rings, I’d have to choose him. And it would be no good asking me to choose an actress to play me, because I’d choose someone tall, capable, beautiful and confident – not like me at all!

What is your writing process? Are you a planner or a pantser? Do you prefer to hand write your works or type them directly into your word processor?

I never intended to become a writer, and certainly not an author, so I didn’t have a clue about the “rules” of writing when I started. And even though I’ve written nine fantasy novels, a non-fiction book, and various short stories, I still wouldn’t know how to plan a novel. So I’m definitely a pantster. I love scribbling out an idea and allowing it to take me over. I enjoy dropping my characters into impossible situations and watching them scramble out of them. Or not. I’m totally driven by my characters – they do what they want! As for the actual act of writing, I didn’t have a word processor when I began, so all nine of my fantasy books were hand written. I still have the scrappy papers with all the crossings out and added passages – what a nightmare! Now, I tend to type what I write. Much easier to cut and paste, or delete unwanted drivel.

What advice would you give to a younger version of yourself: something you wish you knew then that you know now?

I’d tell me to have more confidence. When I was very young I was quite bold, but somehow that vanished the older I became. I wasn’t bullied at school but I did have several teachers who managed to squash my early confidence, and this made me doubt myself more and more. I find it’s easier now, and having people read and enjoy the books I’ve published has helped the process along. I just wish I’d had the confidence to stand up to those early teachers and make them realize the damage they were doing.

What are the three books that really inspired you to become a writer?

This is tricky because as I said, I never really intended to become a writer. It all happened by accident. But when I did begin to write, I suppose I was influenced by Anne McCaffrey’s Pern series, Stephen Donaldson’s Chronicles of Thomas Covenant, and C S Lewis’ Narnia series.

Thank you Cas! Now let’s take a look at The Challenge… Don’t forget that clicking on the cover will take you straight to Amazon!

Friend against friend, lover against lover, ally against ally. Conflict is coming …

Nine months have passed since Brynne Sullyan helped forge an alliance between the realms of Albia and Andaryon. A fragile peace reigns as both sides recover from the events of the previous year. Then mysterious raiders strike Andaryon villages. Attempts are made on the life of Albia’s High King. As Sullyan scrambles to find those responsible, unseen enemies threaten to pull apart everything she has worked for, including her marriage.

The alliance begins to crumble, and Sullyan finds herself caught between two monarchs: the king she’s sworn allegiance to, and the man she loves as a father. To betray either one would break her heart, but if conflict is inevitable, she must make a choice …

And there’s a giveaway!! 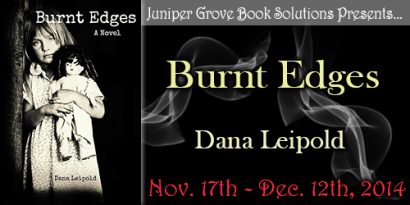 Today on the FlipSide, I have the pleasure of presenting a guest post from Dana Leipold, author of Burnt Edges. If you haven’t been acquainted with Dana yet, let’s take a moment to get to know her…

Dana Leipold is a freelance writer, author, and member of the Association of Independent Authors and Creativity Coaching Association. She has self-published two books: a collection of limericks in Dr. Seuss-style for adults entitled, Stupid Poetry: The Ultimate Collection of Sublime and Ridiculous Poems, and a non-fiction book entitled, The Power of Writing Well: Write Well. Change the World, to help writers get their message heard, create stories that connect, and leverage the power of writing well. In addition, she coaches other writers on story structure, messaging, and writing skills so they can achieve their dreams to become published authors. Leipold lives with her husband and two children in the San Francisco Bay Area.

After hearing the book was based on true life experiences, there was a part of me that wanted to know what aspects of the story were actually true. This is what Dana shared with me…

Actually, the whole novel is based on real events. An important person in my life went through some of these terrible experiences and incredibly, came out a stronger person.

There are a couple of scenes in the book where the main character, Laurel, is molested by her father. I tried to write these as they actually happened, without getting too explicit. The thing that was interesting was how her father would react after the abuse…his guilt and shame would overcome him and he’d turn around and do something nice for his daughter. He would never acknowledge what happened however.

Of course, the father suffered abuse himself. Again his character is based on someone real and this man saw terrible violence in his home and when he went into the army. His only way to deal with all that violence was to drink and then abuse his own children.

What I really wanted to show in this story was the pattern of abuse that gets carried on within families without much thought. It just becomes the way life is lived but what happens when someone becomes aware of that pattern? That’s what the novel is all about. 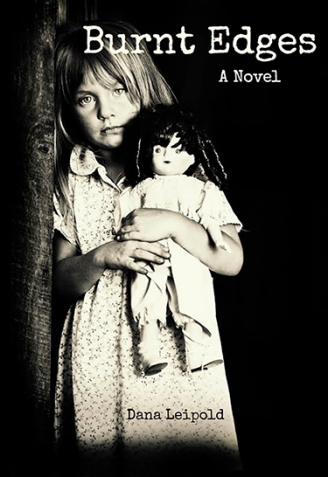 Abuse or an uncertain future. This is Laurel Lee Page’s choice when she is faced with an unplanned pregnancy at 18. Born into a broken family, all she has ever known is guilt and shame. No matter what she does or who she meets, Laurel appears to be living a condemned life but she is determined to find independence and freedom in spite of her family’s legacy of hatred and self-contempt. Can Laurel see that she is in a powerful position, poised to break the cycle of abuse? Set in Southern California during the tumultuous 1960s era, Burnt Edges is based on true events and proves that strength can be found even in the most horrific situations.

And there’s a giveaway!!

5 Lucky Winners will each receive a $10 Amazon gift card.